More than 500 positive reviews
GET IN TOUCH

A QROPS is a qualified German or EU-approved pension provider that is registered or listed by HMRC (Her Majesty's Revenue and Customs) in order to transfer UK pensions tax-free.

A lot of money has been destroyed in the past when transferring pension assets from the UK to offshore pensions. Choosing the right adviser is crucial.

Above a transfer amount of £30,000, an extensive analysis by a UK accepted IFA is required.

When making a QROPS transfer, look above all for transparent costs and the long-term stability of the company to which your capital is being transferred.

GET IN TOUCH
Home
Insurance

What are QROPS transfers?

In the past, internationally mobile expats, but also many Germans, have very often built up significant pension assets in the UK, which promise them a pension benefit at retirement age. These can be so-called "defined benefits" pensions or, in the case of younger pension plans, so-called "defined contributions" pensions.

As a rule, these are pension plans set up by the employer with very solid and financially strong British or international providers, comparable to the German company pension scheme bAV.

Because the British government has long (since 2004) allowed, and currently still allows, this capital to be shifted to qualified pension schemes abroad, a at times vast industry has developed offering pension transfers…unfortunately often with dismal end-results and or even total losses for the clients.

Yet, for some people there can be a number of good reasons to contemplate such a transfer out of the UK. However, there are a number of legal hurdles to overcome and this can only be done with appropriately qualified advice. This is also legally required in the meantime by the FCA and the HMRC, especially for "defined benefit schemes".

In this context, however, the question regularly arises for pension beneficiaries who no longer have their center of life in the UK and/or will no longer have it at retirement age as to what influence political and economic risks can have on existing pension assets in the medium to long term.

The free trade agreement negotiated so far between the UK and the EU has averted a hard Brexit at the last minute. However, it is not possible to predict what effects the EU exit, the recent CORONA pandemic or now the war in Ukraine with the extensive economic sanctions will have on the local economy, existing tax agreements and the exchange rate (GBP/EUR).

In addition, there is a further risk for people with a very high pension value, which after only a few years of working in the UK can easily end up in a mid 6-digit sum: If there is the possibility or the risk that the combined pension assets exceed the so-called Lifetime Allowance (LTA) in the future, a separate tax levy could be imposed in the UK in this case.

Dependence on political developments within the UK may cause some uneasiness for some, especially when looking at some of hard-to-understand decisions of the British government in past years. In addition to taxations problems both within the UK as well as transnational, an additional currency risk is often on the negative side of weighing up the advantages and disadvantages of leaving the pension capital in a plan in GBP or not.

In order to avoid or minimize these risks, it is still possible for people living in Germany to transfer the accumulated UK pension tax-free to a qualified overseas pension provider (QROPS). And if a German provider does not seem opportune in the selection due to the frequent restriction to so-called RÜRUP pension schemes.

If after carefully weighing the pros and cons of moving your pension capital out of the UK, to transfer a UK pension tax-free to Germany, a Qualifying Recognised Overseas Pension Scheme, or QROPS for short, is required.

A QROPS is a qualified German or EU-approved pension provider that is registered or listed by HMRC (Her Majesty's Revenue and Customs) in order to transfer UK pensions tax-free.

In order to maintain registration, the pension provider must permanently and responsibly ensure that the necessary HMRC requirements are met.

However, the choice should not be based on the registration/eligibility of the provider alone. Unfortunately, there are numerous providers of so-called "offshore pension plans" who rely on providers with uncertain financial strength or, in the case of the investment of money in the pension insurance, rely on high-risk investments such as "autocallable notes", which, according to German jurisdiction, are conceivably unsuitable for secure retirement planning.

Therefore our advice will always focus on finding only financially viable pension plans for you that fit to your long-term plans as well to your personal appetite or lack-thereof for risks/chances in investing. Consequently there can’t be “one-size-fits-all” solution here and your best choice is to receive fully independent advice on this from an accredited and fully regulated insurance broker and financial advisor

Important to know: QROPS transfers have been all the rage amongst often unethical and ruthless IFA companies across the globe. Be careful who you entrust with the transfer of your pension assets.

Usually offshore pension plans with horrendous cost structures (mostly caused by extremely high commission payments to the salespeople) have crippled many a pension capital transferred out of the UK.

On top of that, more often than not high-risk investments like “autocallable notes” (a form of derivative investment usually reserved for very experienced institutional investors only with a high risk tolerance) have further depleted the transferred pension capital so that in some cases expats have lost half or more of their hard-saved pension capital. Many such cases and sad stories can be found for instance on pension life.
Why expats trust us

Since we have a long track record of critically reporting on bad advice regarding offshore pension plans and QROPs transfers, we have been approached by a growing number of clients to help them organize a transfer of their UK pension pots or a transfer out of bad QROPS plans or SIPPs which they have been sold in the past.

Many have been concerned in the past of what a hard Brexit can mean for their pension pots; others have learned from critical articles that there is a lot of bad/poor advice out there for QROPS transfers and seek something better. Fear is never a good advisor in finance, though.

Even we as professional and experienced advisors cannot claim to have a better grasp of what the future may hold than anyone else for the status of the UK towards the EU after Brexit and whether the British pound will drop further in value compared to the euro or not on the long run.

Yet for most people the additional uncertainties that exactly these issues bring into their pension planning and an ongoing currency volatility of a large share of their pension capital can be good reasons for transferring the pension capital out of the UK, even if that comes with some pecuniary losses. Peace of mind is an intrinsic value that should not be underestimated in pension planning.

Neither overly high upfront commissions nor added hidden commission costs from expensive investments are going to deplete your pension capital when you work with CR&Cie. QROPs-suitable plans we offer come only at the average normal costs of other private pension plans in Germany.

If you are a resident in Germany and thinking about moving your GBP-based pension pots either to QROPS-compliant plans in Germany or to really trustworthy and transparent offshore pension plans, you need advice from a Germany-based independent advisor first and foremost.

If your pension pot is a so-called “defined benefits scheme”, you’ll need then also from a UK-based advisor a TVAS (transfer value analysis report), without which no UK pension insurance scheme will be allowed to transfer your capital to another pension plan, because since 2015 certain forms of pension transfers out of the UK into the QROPS-compliant pension plans of other nations usually require a TVAS (transfer value analysis) by a specially qualified independent advisor in the UK.

How do we advise on the transfer of QROPS?

Our advice process follows the UK recommendation that we shall look entirely unbiased at the pension situation of an interested client and assume at the beginning that it is in the best interest of the client to leave his or her pension pot in the UK, specifically for DB (defined benefit) schemes.

However, we understand that there can be other reasons for anyone who lives in Germany and plans to remain here (or at least within the Eurozone) for the foreseeable future to shift his UK-based pension towards one within the EU as explained above.

What is important – and this is what makes our advice process for QROPs so vastly different – is that interested clients receive a fair assessment of the value they are giving up with their existing pensions as compared to what they will invest in when transferring their pension capital out of existing plans in the UK.

And they need to have a full understanding of the costs involved, too… something that too often has been hidden behind smokescreens at other IFA companies who sold overly expensive QROPS pension plans to unsuspecting expats.

Step 1: Assesment of your financial situation

A full assessment of your financial situation, including all existing investments and pension plans (and, strongly recommended also: your existing insurance coverage).

This comes with a flat fee of around € 780 to € 1,170 (depending on volume of the capital to be transferred and number of pension plans involved). This includes a full financial status, a personal investor-profile assessment (which guides us in finding a diversification of investments that really fits to your personality and your wishes and goals for the future).

Coupled with this we shall then generate quotes from QROPS-compliant pension assurances both within Germany and offshore. These pension plans are commission-free plans entirely; there will be no hidden costs for you that reduce any chances of making a fair yield with your pension plans over time.

For all pension capitals in excess of 30,000 GBP a full analysis is required by UK regulation through a UK-passed and specialized/accredited IFA. We have a cooperation with such a respected and experienced IFA in the UK that will deliver such an analysis and report for a flat fee of 1,700 GBP.

Our IFA partner’s services contain a Suitability Letter, which explains the pros and cons for you of such a transfer; a transfer value analysis (TVAS) report that explains the value of your existing pension plans in comparison to the options offered from our side in Germany or offshore; and a cashflow drawdown report and any ancillary documents as required for the advice to remain valid.

Step 3: Your decision is required

After you have received all of the above, you have two options:

If you compare our process to the many “offers” out there on numerous websites offering some form of QROPS advice or assistance, you will quickly find that our QROPs advice is much more transparent in both what we offer as advice and what we charge for this advice and services.

There are no hidden fees and nasty surprises. And because fees are charged at the initial steps to compensate us for our efforts, the advice can remain unbiased and in your best interests rather than in the interests of those relying entirely on large commissions from the transfer of capital out of the UK. 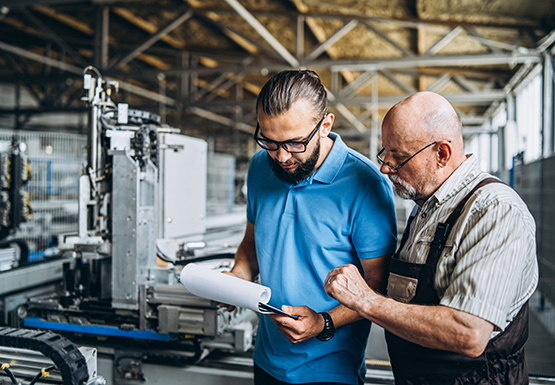 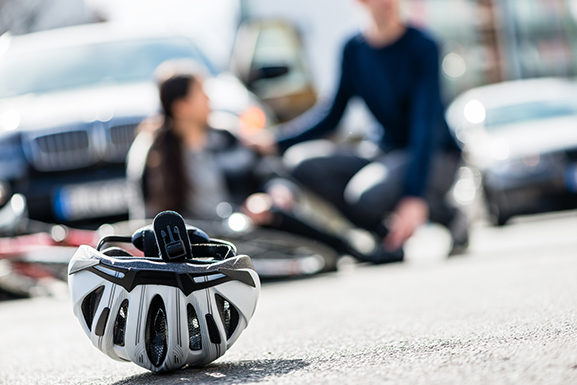